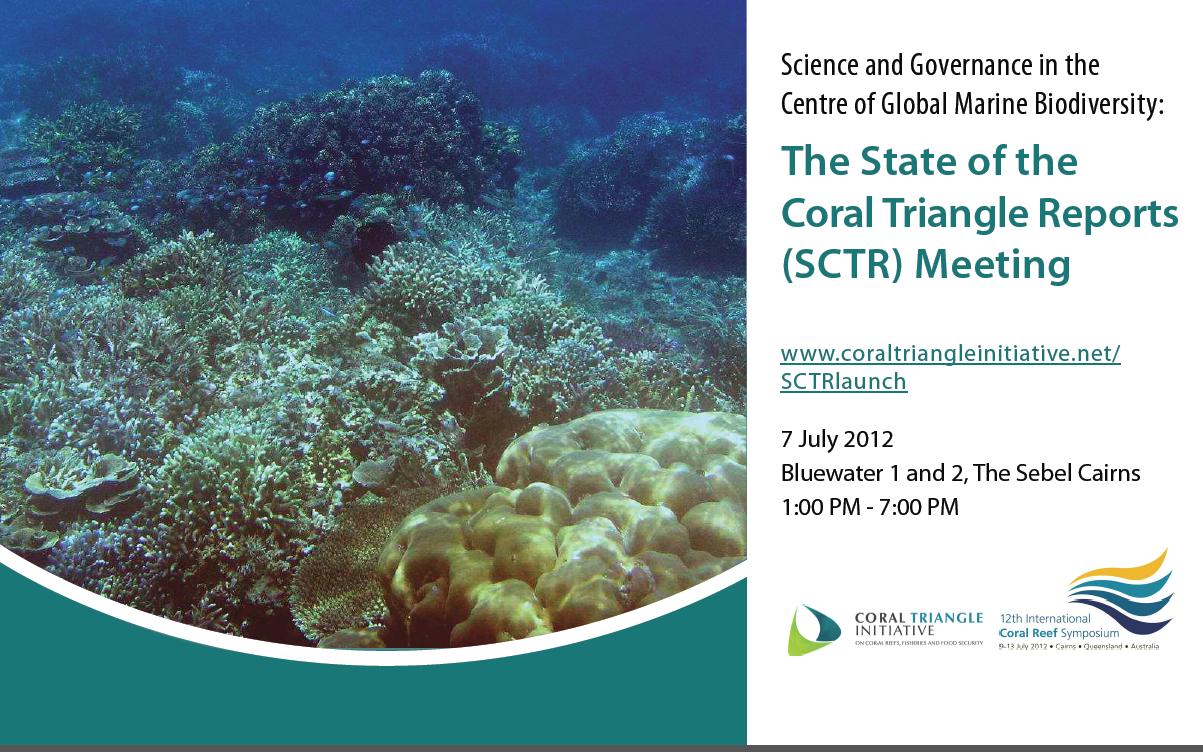 The event was held during the International Coral Reef Symposium in Cairns, Australia.

PRIMEX consultants for the Regional Cooperation on Knowledge Management, Policy, and Institutional Support to the Coral Triangle Initiative (CTI) reaped praises from colleagues and partners for the successful launch of the State of the Coral Triangle Report (SCTR) in Cairns, Australia on 7 July 2012 at the Sebel Hotel.

“I very much enjoyed yesterday’s launch of the State of the Coral Triangle reports,” said Marea E. Hatziolos, Senior Coastal and Marine Specialist, The World Bank Group. Ms. Hatziolos was one of the members of the Science Advisory Committee which reviewed that national SCTR reports. “I learned a lot and came away quite impressed with how much good work is being done through this regional initiative,” she added.

The SCTR is a living document that covers the status of critical ecosystems, species, resources, threats, and progress towards the CTI goals and targets. It is intended to be an evolving report that will support monitoring and evaluation instead of a one-time initiative.

The reports identified common issues such as the need for additional government funding, over-fishing, destructive fishing practices such as reef blasting, pollution, climate change, and coastal population growth and the resulting strain on food security.

Peter Collier Chief of Party, US CTI Support Program Integrator, congratulated ADB for organizing the event with a full turnout of the crowd.  “The presentations and panel discussions today at the State of the Coral Triangle Report launch were extremely rich and interesting,” he said.

Since its incorporation in August 1989, PRIMEX has completed more than 200 assignments in 28 countries in the Asia-Pacific region on a wide range of sectors.

The most discerning local and international funding agencies trust PRIMEX as their partner in development.